The Young Turks (TYT) is an online YouTube news show focusing on liberal politics and pop culture. TYT began in 2002 as a radio program hosted by Cenk Uygur and is now broadcast solely on YouTube.[1]

TYT is left leaning. They openly criticize the Obama administration for their decision to work with Republicans.[2]

The reporting of science stories on The Young Turks is abysmal and void of fact checking. They have taken a notably anti-genetically modified organism stance.[3][4]

The Young Turks spends a lot of time focusing on pop culture, specifically sex-related news stories. However, they have begun to move this content to alternative channels.[7]

Cenk Uygur has been accused of denial of the Armenian genocide.[8][9] Kasparian, who has an Amrenian surname and heritage, defended Uygur on twitter and in blog posts, arguing that people change their political opinions all the time, however, she has neglected to address Uygur's current stance on the Armenian genocide.[10][11][12]

Uygur also failed to address the most upvoted question on his Reddit Ask me Anything (shortened to AMA: a question and answer forum), which was about his genocide denial.[13] and during a speech at the meeting of the California democratic party[14] In the same speech, Uygur defended the use of "The Young Turks" (the group that carried out the Armenian genocide during WW1 [15]) by saying that the dictionary definition means "young progressive." Unfortunately for Uygur, arguments from dictionary are incoherent, but either way the group that carried out the Armenian genocide is also part of the definitions for "young turks".[16] Uygur claims that the name of the show is not a historical reference to the violent regime, but understandably so, many people of Armenian decent are rightly upset.[17] 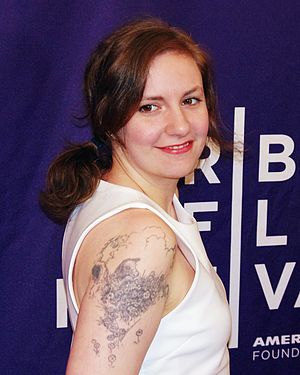 The Young Turks made a video defending Lena Dunham against allegations that she sexually abused her sister[18] Most importantly, sexual abuse is not solely a political issue. Those attempting to frame Dunham's critics as right-wing reactionaries are doing little to help survivors of sexual abuse and are instead engaging in erasure and silencing of valuable and coherent criticisms of Dunham's abuse.

TYT is not the only media organization to jump on the bandwagon of blindly defending Lena Dunham. Slate and ''Gawker' have both argued that years of abuse is "normal behavior".[19]While such behavior does occur, studies to indicate that trivializing the behavior as "normal" is harmful to the victims.[20] There have been calls for the removal Dunham as the poster-child for "white feminism"[21]. While TruthRevolt is in fact a right-wing reactionary misogynistic news source (as are many of the people who jumped to criticise her), their criticisms of Dunham are not unfounded. A clinical report from the American Academy of Pediatrics, The Evaluation of Sexual Behaviors in Children states:

Importantly, the main issue with Dunham is not that she might go on to abuse others or to harm her sister more (which is of course open to debate and possible) but that she is normalising abuse within feminism and society and in general. She is contributing to rape culture. She is saying that abuse is acceptable and that parents can safely or even should ignore their children's behaviour when it pertains to violating their siblings' interpersonal boundaries, privacy, and consent.

What Dunham did as a prepubescent child was her parents' responsibility. Their duty as a parent is partly pedagogical, i.e., to especially to explain to her in an age-appropriate way why it is not acceptable to cross certain boundaries with another person, more so a baby who cannot even give consent. As a teen or youth, unfortunately, Dunham did not stop violating her sister's boundaries and inability to consent. This means she had entered the stage before adulthood, but maintained her relationship with her sister as a sexually and psychologically dominant older sibling. Dunham, in the present and recent past, can be seen as grooming (and being allowed to groom by her parents) her sister. The six years age difference marks a substantial a difference in power between the two girls, now young women. Dunham, by defending herself against all criticism, can be seen as normalising all such activities between teens and their younger siblings, not only as part of pop culture but as part of feminism itself.

TYT defended a scientist who wore an offensive and sexist shirt during a press conference. Kasparian said "if you are the type of woman who would allow a shirt to prevent you from joining these types of jobs, you don't deserve a job in these fields" [23], and thus completely missing the point of casual sexism and how it creates a hostile work place for women in STEM jobs. Host John Idarola argued that because the scientist helped land a probe on a comet, he should be excused of his sexist dress and behavior, completely missing the point. Ana Kasparian committed the "no true Scotsman" fallacy by arguing that those outraged at Matt Taylor are not "true feminists". Uygur minimized the concern by committing a "could be worse" fallacy by arguing that the should could have had a Swastika on it.